My work is about nationhood and landscape. My work is predominantly hand-cut paper in wall based and sculptural forms.
I have exhibited across the UK and I am represented by Paper, Manchester. I am currently based near Preston and am Senior Tutor Scholarship and Research at Blackpool School of Arts.
Follow @tracey_eastham 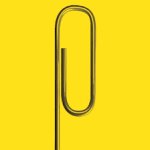 Future50, PSL [Project Space Leeds] 21 - 23 November 2008
In November 2008 Axis staged Future50,
a selling exhibition of work by 50 artists selected from the Axis directory.
Curator and gallerist Ceri Hand and Axis curator Liz Aston chose 50 artists from the Axis directory, highlighting those they consider are 'the ones to watch'. The exhibition took place in PSL [Project Space Leeds] over the weekend of 21 - 23 November 2008. All work was for sale at the show and also on the Axis website.

Tracey Eastham uses collage and cut out techniques to assemble scenes of 'nature' that are, in fact, anything but what they first appear to be. Her depictions of nature, landscape and the rural are mediated through mass culture and art history, bringing together images appropriated from both classical and contemporary sources, and high and low culture. The resulting clash of styles, historical periods and skewed proportions between different elements within the one picture frame are simultaneously completely absurd and totally revealing of how we formulate our perceptions of the world through 'second hand' representations that are so common place that they have become part of our daily reality.
Eastham's assemblages present us with fictive landscapes, sometimes in formations akin to heraldic crests that serve to highlight the stylised reality of these depictions of nature. These works reflect the sentimentality for nature and the countryside that has existed for centuries, propagated through art and literature, and one that is at odds with the often harsh and brutal reality of rural life. Ridiculous and beguiling, they debunk the myth of the rural idyll and unpick and expose our pretension that we can ever really understand – or represent – the 'truth' of these subjects.
Paul Stone, 2008

For her MA show at Wimbledon College of Art Tracey Eastham presents a series of small-scale works made using collage and cut out techniques. In one untitled piece, a pastoral idyll excised from a reproduction of a 19th century sentimental narrative painting jostles for space in the foreground with a blousy still-life of a flower arrangement made triffid-like through distortions of scale. In the background, a gaudy other-worldly landscape from the cover of what appears to be a pulp sci-fi novel irrupts through a jagged cavity in the clouds. It is as though we are peering through a black hole connecting different dimensions; not only in time, space but also in the representation of landscape.
Eastham's (literally) multi-layered works sit ambiguously at the crossroads of high and low culture, cliche and invention, mass reproduction and original expression. Unassuming in scale, one wonders whether these beguiling creations will prove bold enough in content to enable Eastham to negotiate the tricky transition from student artist to post-graduate success. (Paul Glinkowski, 2006)
Next
Previous